“With AR we are no longer constrained to any surface or physical limitation of a space. We can move around the content, engage with it from all angles, and get our own personal experiences at our own pace,” says Jason Ambler, Executive Producer/Director of Production at Falcon’s Digital Media, which is launching Falcon’s Vision, a wireless AR headset that is specially designed for location-based experiences in theme parks, museums, zoos, aquariums, art galleries and other special venues. The firm sees augmented reality as having significant potential for such attractions.

After producing several hologram experiences for major parks and attractions, Falcon’s started looking at individualized AR experiences. “We found that the AR headsets that were commercially available in the marketplace would not be a viable solution for entertainment venues,” says Ambler. “Falcon’s Vision was created out of a necessity for us to be able to deliver these types of immersive AR experiences to our clients.”

Wireless charging stations are available for the Falcon’s Vision AR headset. (Image © 2018 Falcon’s Digital Media) The firm’s experience with the Battle for Eire, a multi-sensory VR motion simulator ride that uses headsets and opened in early 2018, proved invaluable. “With Battle for Eire, we recognized from the onset that existing VR head-mounted displays would need to be adapted to meet the demands of a high-capacity theme park attraction,” Ambler comments. “Our primary solution was to separate the head-mount from the display, which would then allow guests time for fitment and [give] operations the ability to hygienically wash the components that directly interface with guests in the same way they would wash 3D glasses.” The AR headset has a 55-degree field of view and a one-size-fits-all design, and is ruggedly built, tamper proof, water resistant and shock absorbing. It is powered by a high-density battery with various options for wireless charging stations.

The Falcon’s Vision headset can be equipped with 3D polarized lenses. “We created Falcon’s Vision not only to enhance physical experiences, but also to enhance media-based experiences as well,” Ambler expands. “We see the headset bringing another layer of storytelling and interactivity to a stereoscopic 3D film experience on a ride or in a theater environment.”

The headset can also “gamify” attractions. He notes, “Whether you are competing against yourself, your friends and family, or people you’ve never met, we believe gamification can be a great motivator and a powerful way to connect with audiences. A healthy competition can help keep people active and focused on an objective for much longer than a traditional passive experience. We also believe this increases the level of ‘repeatability’ in an experience.”

Ambler says, “What excites us most about AR is that it can be more of a shared experience, where there is less of a barrier between you and your friends or family members. We really see the benefits to both VR and AR. It really depends on the type of experience and story you are looking to tell.”

Some observers feel that theme parks are interesting places to inspire innovation in AR. Ambler comments, “In the right hands, it is certainly possible to create more bespoke and well-integrated AR content experiences in a controlled environment. For this reason, these spaces may be the best place to showcase the capabilities of the technology.”

Ambler concludes, “Guests’ expectations have been evolving largely due to the way they can access and engage with various forms of entertainment on a daily basis. As experience designers, our job is to bring them something that they can’t get anywhere else.” 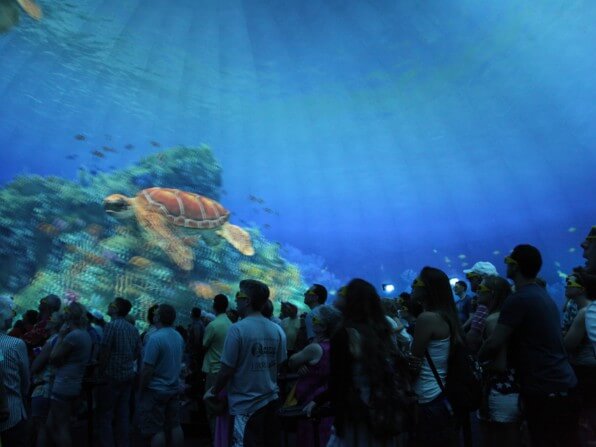 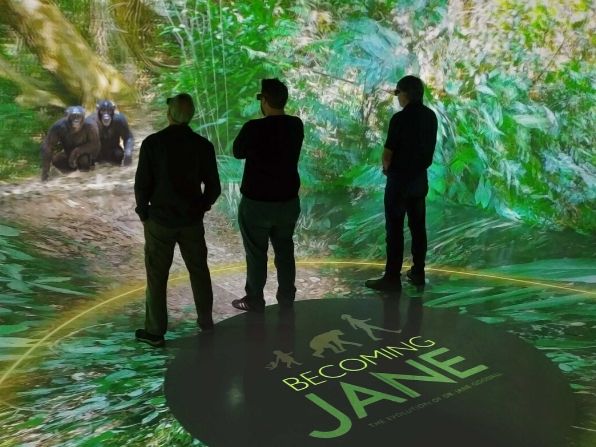 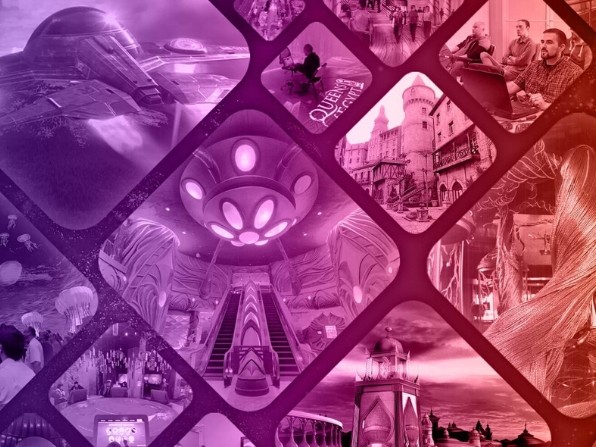